A few weekends ago, my family made a weekend trip to Toledo to see its art museum. It was my first time visiting this museum. My mom, her boyfriend, and I left Columbus early Saturday morning heading to Bowling Green. The plan was to pick my sister and her boyfriend and spend the rest of the day at the museum. Of course, while we were in BG, I had to play with Kathy’s 2 guinea pigs and cat. It’s not very often that I get to snuggle with something cute, fuzzy, and warm!

After we put the pets back in their respective spots, we were all on the road again. We arrived at the Toledo Museum of Art around 1pm. Admission is free (thanks to donations) and I was already giddy. This was the first time I have been to this museum. I’ve been to the Cleveland and Columbus art museums, so I’ve been hoping to add to my list.

Our group started out in the Works on Paper Gallery viewing “The American West: Photographs of a New Frontier” and in the Hitchcock Gallery with “The City” exhibitions. “American West” featured photography from multiple artists like Ansel Adams. Works pictured the landscape of the West and of its people acting as a portrait of this part of the U.S.. In “The City”, works from all mediums and many different artists depicted city life around the world. Views of detailed architecture to people bustling by were illustrated in woodblock prints to graphite to oil paints. A piece that stuck out most to me was a lithograph by Joseph Pennell titled “Building the Woolworth Building”. This piece was one of the most detailed cityscape I have seen in my short years as an artist. The black and white drawing showed individual windows on each level of a building, spires on skyscrapers, people walking the streets, and smoke from factories floating into the air. It looked so much like a graphite drawing and it’s the type of drawing I would like to achieve one day. It was absolutely beautiful. 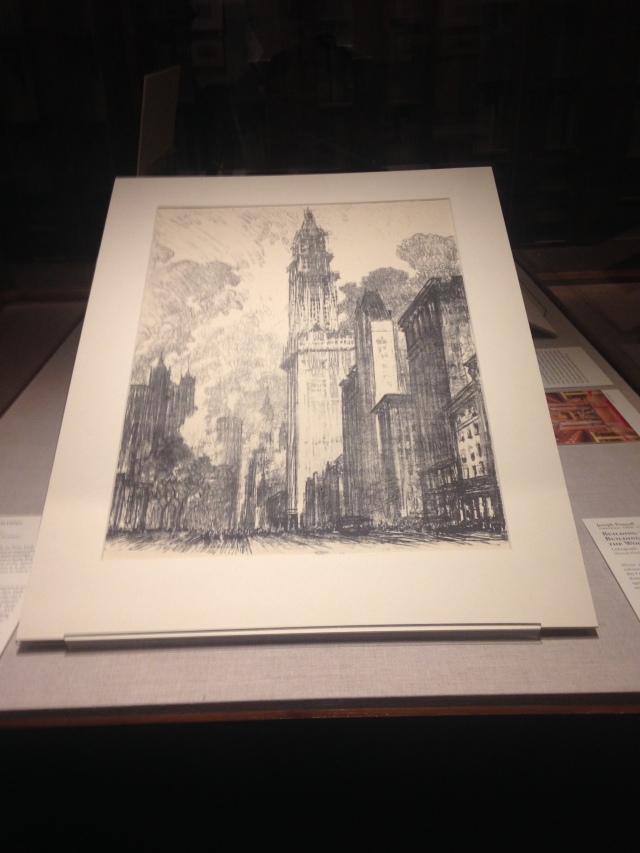 We moved on to the Peristyle Theater that was a concert hall disguised as a Greek amphitheater. An usher tried to hand us a program to sit and listen to Stravinsky’s works, but I had to explain that I merely wanted to see the theater for the architecture. The hall was surrounded by Ionic columns that towered above the listener. The ceiling was painted to look like an open sky and the stage was decorated and painted to frame any performance on the stage. Kathy wasn’t thrilled that we didn’t have time to sit for a concert (with limited time to see all of the museum and she lives half an hour from TMoA), but we moved on to the Great Gallery. 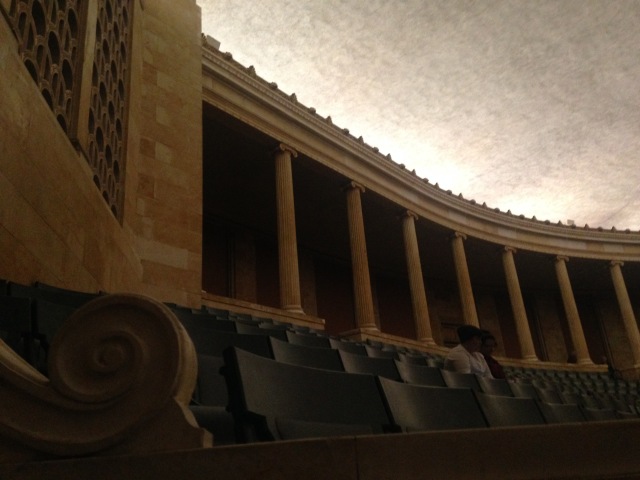 Inside the Great Gallery were works from the Baroque and Rocco era and they were all magnificent. The scale of these paintings is something to be marveled. I was even more thrilled to see pieces from female artists, such as Rachel Ruysch’s “Flower Still Life”. The detail and color in this painting was stellar. From farther back, the painting has a beautiful display of color and contrast, but from closer up, the viewer can see little caterpillars climbing on leaves and decay in the petals. Of course, I adored seeing the huge frames now that I have a new appreciation for what goes into installing and making a frame. Such beautiful work from the whole exhibit! 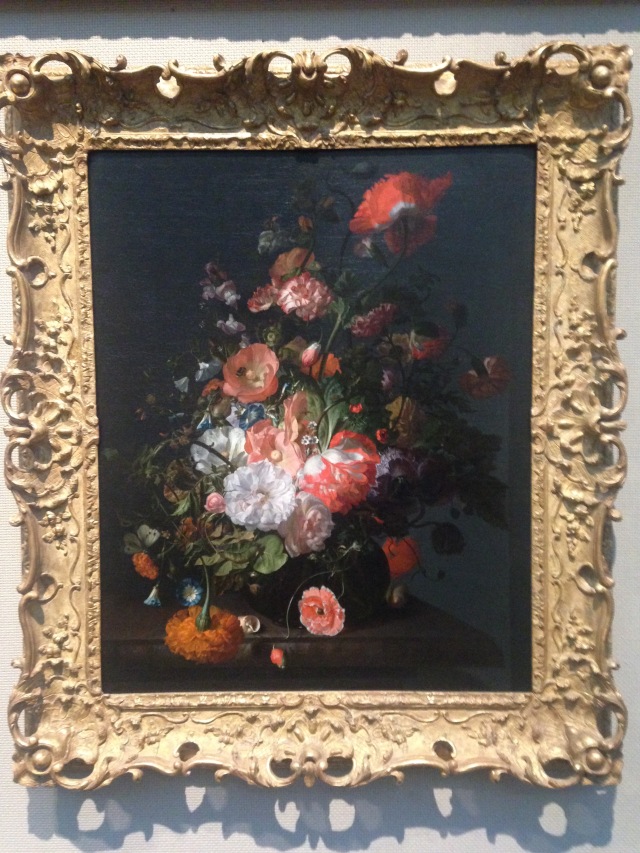 Further into the museum is the Classical Court, we came upon my first love of art in ancient works from Egypt, Rome, and Greece. I blame my father for my love of ancient civilizations and I’ve seen my share of sarcophagi and parchment scrolls. I have the upmost respect for these cultures and I marvel in their ability to create such complex theories and techniques with minimal tools. The reach that ancients had is incredible. The detail and creativity that goes into painting and dressing coffins, making beads on gold jewelry, and writing yards and yards of stories from ink amazes me. I was in heaven being able to see some artifacts up close.

The last gallery we visited was in the Contemporary Gallery. After an incredibly insightful and interesting class I took on contemporary art several years ago, I have a new appreciation for pieces that border the strange. I’ve only learned about Robert Rauschenberg and Roy Lichtenstein from textbooks, but this was my opportunity to truly appreciate these artists in real time. An artist in particular that I adored was Chuck Close. I love his ability to use spot colors to create huge portraits. He uses blobs of paint to give the illusion of a blended, complete portrait. I do love the art of portraiture and I love the scale that this piece has. I always love looking at pieces from several perspectives and they change with each angle. Blobs of paint become a whole face and person with expression.

As far as the rest of the weekend trip in Toledo, my family enjoyed a nice trip around town. We dined at the iconic Tony Packo’s for some killer chili dogs. Some of the other weirder sites we got to see were ports in Toledo and the boats that were docked there. Kathy and I have a thing about trains and boats and of course we had to go out of our way to touch the giant boat that had docked on the river. Overall, our trip was a lot of fun and worked well as a getaway for the weekend with family. I’m very blessed to have this kind of access to works of art in Ohio and I love this very creative state. Thank you, Toledo!

This site uses Akismet to reduce spam. Learn how your comment data is processed.